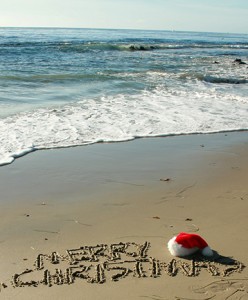 While the weather outside is far from frightening, there’s no mistaking that there’s a festive feeling on the streets of Sotogrande. Despite the climate being warmer than what our Northern European neighbours are used to, Christmas in Spain is a magical time for both locals and visitors. So for those who are spending their first Christmas in the country there are a few subtle differences that you’ll no doubt notice during this special time of year.

In Sotogrande and it’s surroundings for example, like most towns and villages across the Iberian Peninsula, you’ll find lots of traditional Beléns (Nativity scenes) in popular spots at shops, restaurants and churches. Amongst the characters and scale model buildings you will often find a gnome-like figure called a Caganer (pooper) hiding in the background. This fun participante is shown with his or her trousers down, originated in Catalonia but is now popular all over the country.

A typical Spanish family will also purchase a ticket for El Gordo (The Fat One) this month to take part in the national big end of year lottery. Families, friends and work colleagues will then gather around their TV sets on December 22nd to see if they’ve won a life-changing amount of money just before the Christmas holidays.

Many will also buy a traditional pata de jamon (leg of ham), which is carefully sliced and slowly eaten with much reverence during the month of December. In addition, instead of mince pies you will often be offered a chewy sweet called turrón, made from nougat and toasted sweet almonds. Meanwhile it is on Christmas Eve that Spanish families have their big meal of lobster, lamb or suckling pig. However, children should also take note that in Spain it’s the three kings who deliver presents on January 6th, not Santa Claus. It is all these little differences combined that make a Spanish Christmas an exciting experience to savour.

Wherever you may be spending the Christmas season in Spain, we at Holmes Sotogrande hope that you have a wonderful time and don’t forget to spoil yourself and be merry!