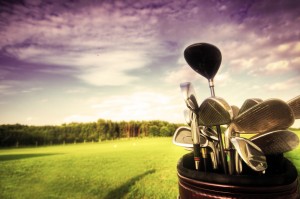 It’s not easy maintaining a reputation as Europe’s ultimate golfing destination, but the Costa del Sol has triumphed again. Two of its top courses – Valderrama and Finca Cortesin in Sotogrande – have been named the leading golf courses in Spain.

The Golfer’s Choice ranking has been topped by the crown jewels of the Costa del Golf for the second year running. Compiled by the Leading Courses website, the rankings are based on around 235,000 reviews from Spain and abroad, so you know the rating comes from golfers just like you.

Real Club Valderrama in Sotogrande has been hailed as the best course in Spain with a score of 9.4—up from last year’s 9.3. Opened in 1974, it hosted the Ryder Cup in 1997, was the traditional home of the now defunct Volvo Masters and is a notoriously tricky course to play. It is set amongst cork trees, kept in immaculate condition and offers everything the discerning golfers want, including prestige.

Meanwhile Finca Cortesin, in Casares, scored 9.1 on the Leading Course rankings and is home to beautiful, rolling greens with sensational views down the coast towards the sea. The neighbouring hotel is also one of the best in Spain, for its dining experience, accommodation, spa and resort.

There are many other clubs in the top 50 from within the Costa del Golf, which stretches from Nerja, East of Malaga all the way to Sotogrande, just inside the Cádiz border. La Cala resort, La Reserva (in Sotogrande) and Marbella Club all made the grade too, emphasising just how important this region is to Spain’s golf tourism industry.

In fact, Andalucía welcomes around 450,000 golf tourists a year – domestic and international – who spend a collective €500 million while here. Long may the Costa del Golf reign as Europe’s paradise of golf!

Here is a selection of properties bordering golf courses that Holmes Sotogrande currently has for sale: