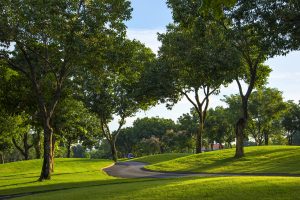 Valderrama in Sotogrande is a golf course famous throughout the world, but probably best known to most people as the course where home team Europe clinched victory from the USA in the Ryder Cup, the first time this prestigious competition was held on Continental European soil in 1997. In a nail-biting finish, captain Seve Ballesteros led the team to victory in his country of birth, a historic golfing moment for both Seve and Spain.

The course is one of the most well-known in Spain, being designed by world famous American Robert Trent Jones who designed many of the Costa del Sol’s best courses. Located in the resort of Sotogrande, celebrated for its pretty marina, visitors and residents alike can take advantage of the many sporting opportunities here, not just golf. Sotogrande itself is famous for polo, there is also a great boating community and of course, there are wonderful opportunities for walks and rides in the beautiful Andalusian countryside. 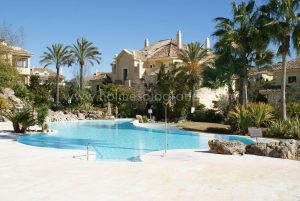 The property market is currently buoyant in this part of the Costa del Sol, with a diverse range of homes from contemporary apartments and villas to more traditional Andalusian architecture. One such popular urbanisation in Sotogrande is Valgrande, which includes its own pitch and putt practise green. We have this lovely three-bedroom first floor apartment, which is beautifully presented with tranquil views over trees from the ample terrace.

The tournament takes place between 19 – 22 October so in order to make sure you get to see some of golf’s greats playing, get your tickets beforehand here .