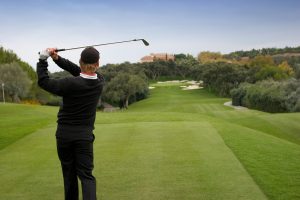 Valderrama is one of the top golf courses in Europe as well as being number one in Spain, and its members are extremely proud of it. Indeed, they are so fond of their club that they have pulled together €28 million to buy it from owners La Zagaleta Group.

The club has been leasing the land since 1985 and its members started negotiating with La Zagaleta last March in a bid to secure ownership.  The La Zagaleta Group purchased the land in 2016 and at the time, Valderrama Club was given first refusal on purchasing it from the owners of the prestigious Zagaleta resort in Benahavís.

La Zagaleta paid €40 million for the land the Valderrama club stands on and their intention is to develop a number of exclusive properties, called Valderrama 2, which will be similar in luxury to those in Benahavís. Under the new deal with the club, La Zagaleta has given up the golf course and some land around it, and it has also signed away its rights to use the Valderrama brand name for sporting events, including golf.

However, it will still proceed with its golf resort in Castellar de la Frontera, which is the municipality adjoining the Valderrama club in Sotogrande, and will be able to use the Valderrama name for its real estate development and hotels.

For the 450 members of Valderrama Club this is a dream come true and is a testament to the strength of feeling its members have about the course, which famously hosted the Ryder Cup in 1997 and more recently the Andalucía Valderrama Masters. The fact that the members were able to raise the funds means they will finally be able to say that the club truly belongs to them.

This is also great news for Sotogrande, which with so many wonderful golf courses is the perfect residential location for the golf enthusiast. Valderrama now has its future in its own hands and we expect to see the return of more championship events to its perfectly kept fairways.