Spend the festive season in Sotogrande 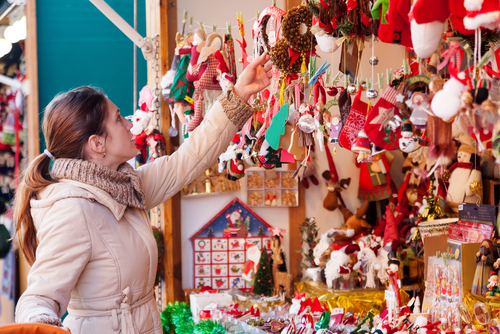 Christmas in Spain is quite different from in Northern Europe and other cooler climes. For one thing, the sun is usually shining! Mild days do give way to cooler temperatures in the evening, but outdoor living still prevails and there’s no better time to enjoy Sotogrande than around the holiday period.

In common with most of the Costa del Sol, Sotogrande turns on their Christmas lights during the first week in December. An enormous Christmas tree is lit with enough lights to represent each one of the Sotogrande residences and the all-important Santa’s grotto is opened ready for important business!

This night really does signify the beginning of the month-long festive period and the Sotogrande calendar is packed with Christmas markets, charitable fundraising events, Christmas golf tournaments and polo matches.

Music plays an important role in the celebrations. The local private college, Sotogrande International School, is known for its phenomenal choral performances showcased all year round but particularly during the Christmas period with concerts taking place in the main Sotogrande marina, Sotogrande church and the school itself. For a more Spanish experience, flamenco Christmas carols are a favourite around the port area – best enjoyed with a glass of chilled cava!

Several of the local hotels offer special Christmas and New Year packages with banquets and festivities to rival any other, offered alongside special promotional golf green fees or spa treats. The golf clubhouses are also great locations for Christmas dinners, whether corporate or family, with La Reserva known to open its ice rink around mid-December. Sotogrande restaurants create Christmas menus to make your mouth water with typically rich Spanish dishes and seafood specialities featuring on most.

For foreign residents missing their treats from home, Gibraltar’s supermarkets are just a short drive away and there you can find all the delicacies that you’re used to enjoying at Christmas from Quality Street to Christmas puddings and turkey with all the trimmings – even Christmas crackers. Best not to leave it to the last minute as stocks can run low, and don’t forget your passport!

Of course in Sotogrande, Christmas Day is only one small part of the holiday celebrations. Christmas and New Year activities lead on to preparation for the visit of the Three Kings on the night of 5th January when the Spanish children will receive the bulk of their presents.