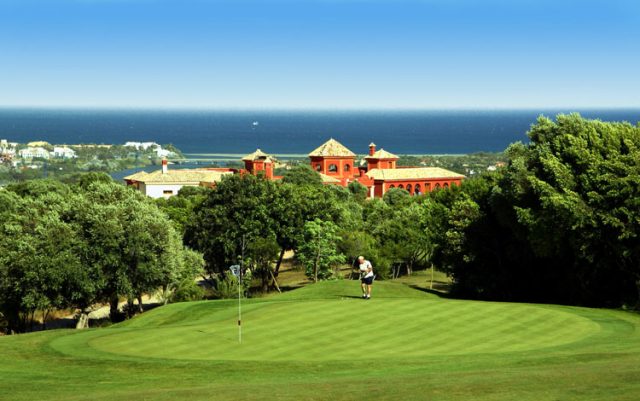 Those who are familiar with Sotogrande or have bought, sold or owned a property here over the past few decades will know Holmes Sotogrande, one of the cornerstones of the real estate sector in this area.

The family business founded by Ian and Jackie Bateman over 35 years ago has become synonymous with quality service, expert market knowledge and modern marketing combined with old-fashioned business ethics. It is the reputation Holmes Sotogrande has built its name and success on, and now a second generation is keeping the company fully up to date with the latest marketing trends while also safeguarding its long-held good name.

Ben Bateman, having worked in the family business since 2002, took over the reins at Holmes in 2014, though Ian and Jackie continue to maintain a keen involvement in the business. Having grown up in a real estate family in Sotogrande, few know the area and the market like Ben, who after his studies and a formative period gaining work experience joined the family business and worked his way up. He comes from a family that helped to pioneer professional property services in Sotogrande – specialising and concentrating their efforts on property sales.

Holmes took real estate in the area to a new level, bringing it in line with international professional standards, and have consequently not only been involved in many of the most important property transactions in Sotogrande, but it is fair to say that the company has also played a role in its very evolution from a small, private resort to the elegant destination it is today.

In 2017 Sotogrande paid its respects to Miguel Preysler, a highly respected and noted figure in the area who sadly passed away last year. Miguel was a longstanding partner in Holmes Sotogrande since 1986, a relationship that had its roots in a friendship between him and the Batemans that stretches back almost 40 years.

As an intrinsic part of the fabric of Sotogrande life, Holmes Sotogrande is a family business whose credentials speak for themselves, so contact us if you are looking for quality service, local know-how and the best property listings in Sotogrande and surroundings, contact us.

By The Holmes Team ·
Search in Blog Blog categories RELATED_POSTS Holmes advert Periodico Sotogrande 1/08/2020
Sotogrande: The Spanish Hamptons with extra sunshine
Great events to look forward to in Sotogrande in 2019
Sotogrande, the year in review 2018
Magnificent modern villas in Sotogrande