Sotogrande – the making of a singular resort 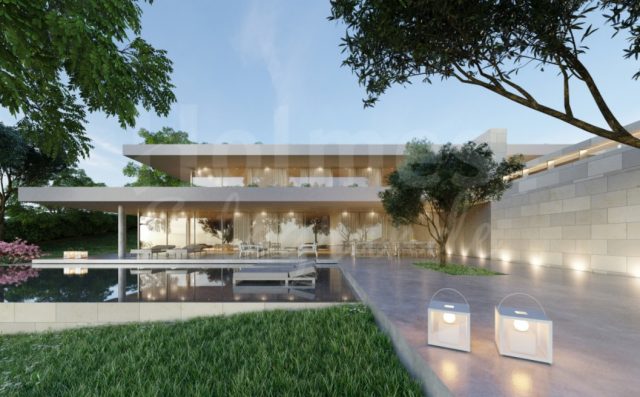 There are many luxury resorts but few like Sotogrande. This is even true of the Costa del Sol, of which it forms the western extreme. Nearby Marbella is also undeniably luxurious and glamorous – and a great neighbour for Sotogrande residents and property owners to have at close range – but Sotogrande has a feel all of its own.

Indeed, this charming place does luxury in a very understated, elegant and dare we say it, ‘classy’ way, and it is this refinement that characterises Sotogrande. It’s a residential resort town where luxury villa suburbs border the sandy shore and expand inland alongside the meandering greenery of renowned golf courses. Here you will also find a horse riding centre overlooking open countryside, the famous Santa María Polo Club and a river that flows back towards the beach clubs and the popular racquets club. Once within earshot of its tennis and padel tennis courts you will also be within walking distance of the social hub of Sotogrande – the charming pastel-toned marina whose canals and berths wind their way towards the marina’s centre.

Pioneering beginnings
Sotogrande has evolved out of the mind’s eye of Joseph Rafael McMicking y Ynchausti and Mercedes Zobel de Ayala y Roxas, the pioneering couple of Hispano-Philippine high society background that first fell in love with this beautiful spot in the early 1960s. They bought five farms here in 1962, having realised that this setting close to the point where the Atlantic and the Mediterranean meet would make an ideal resort. Following the American pattern, they created a luxurious country club that followed a clearly thought-out master plan, thus establishing the foundations of Sotogrande’s excellent infrastructure and sense of space.

Broad, American-style avenues and leafy residential roads were built, lined with elegant villas set upon spacious private plots that ran from the seaside to the gentle hills just inland. By the time the first equestrian centre, beach club and golf course were established, Sotogrande was already a firm favourite of an international jet set centred upon British and Spanish high society. They continued the refined, understated charm of the resort that the McMicking’s had first imbued Sotogrande with, and to this day it retains an air of tranquil sophistication and beauty.

More golf courses, hotels, luxurious residential areas and of course the marina and the polo club were added, further enhancing the glamorous appeal of a privileged country club resort that has its roots in the pioneering vision of a very special couple – who approached its creation not as a commercial enterprise as much as an idealised version of ‘paradise on earth’.

If you would like to know more about Sotogrande please contact the local property and lifestyle experts, Holmes Property Sales Sotogrande.

By The Holmes Team ·
Search in Blog Blog categories RELATED_POSTS Holmes advert Periodico Sotogrande 1/08/2020
Sotogrande: The Spanish Hamptons with extra sunshine
Great events to look forward to in Sotogrande in 2019
Sotogrande, the year in review 2018
Magnificent modern villas in Sotogrande