Sotogrande – living with nature on your doorstep 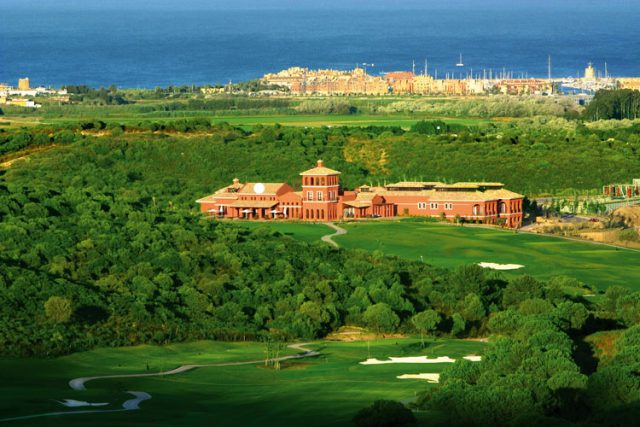 Sotogrande is known as a luxury resort destination, but unlike some, it also offers space, open views and being surrounded by gorgeous scenery. The latter includes not only miles of sandy beaches, leafy residential areas and some of the most renowned golf courses in Europe, but also open countryside and protected nature.

The villages near Sotogrande are traditionally agricultural settlements that still retain a strong link to farming and animal husbandry. Indeed, this rural ambience becomes visible almost immediately as you drive further inland, where horse breeding estates, orchards, market gardening and also animal husbandry on green pastures create a natural belt around the resort.

Situated within this greater area are a series of natural parks, such as the expansive Los Alcornocales reserve set a little northwest of Sotogrande, which even features its very own protected nature area – the Sotogrande Natural Park on the estuary of the Guadiaro River. Measuring almost 27 hectares, it is a wetland rich in natural fauna and flora.

Natural splendour
One doesn’t have to venture far into the nearby hills to spot imperial eagles and vultures riding the rising thermals high overhead, but the diversity of wading birds and other wetland fauna in and near the estuary is a true boon to nature lovers. The people of Sotogrande are protective of this natural landmark entrusted to their care, and in collaboration with the Junta de Andalucía regional government elevated pathways with an information point and bird observation post were created, designed to share this natural feature with a minimum of impact on a landscape that has been returned to its natural state.

As a result, it is a nature lover’s paradise, with transitory birds making the seasonal crossings adding greatly to the natural spectacle of local resident species. They include Swamp Hens, the Penduline Tit, Cormorants, Gulls and many more, while animal lovers can also head over to the local equestrian centre or visit some of the farms in the area. With the petting zoo of Castellar just a few kilometres away, few would imagine it but Sotogrande really is the place for those who love nature and animals.