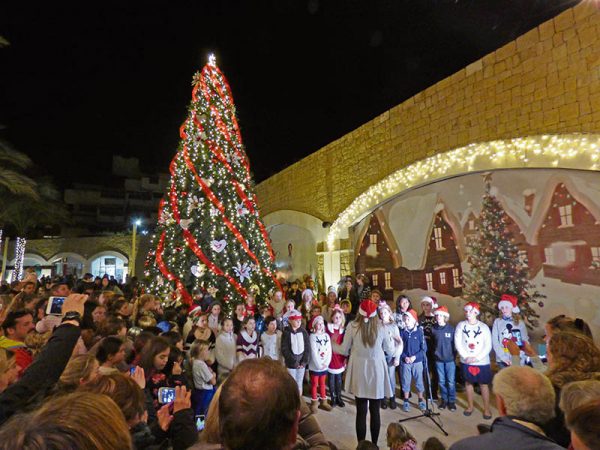 Stay in Sotogrande for Christmas and you’ll be in for a magical time. There are plenty of fellow expats about as well as locals spending Christmas in a unique way that’s subtly different from ‘back home’.

In Sotogrande, true to Spanish tradition, you’ll find Beléns (nativity scenes) gracing popular spots such as shops, restaurants and churches. Take a careful look and amongst the characters on the nativity scene you will find a gnome-like figure called a Caganer (a pooper doing business that would ordinarily be confined to the toilet) hiding in the background, often taking the form of someone in the public eye. Apart from the pooper, what’s in store for the Christmas season in 2018? Here’s what to look forward to in Sotogrande

8 December
The official switching on of the Christmas lights at the marina when Father Christmas will personally receive his letters from the children.

15 December
Pop down to the Christmas Market at the marina, a great place to stock up on your festive goodies, 13:00 hrs.

16 December
Get set GO is a Christmas Charity Race starting from the marina that includes a fun Santa Run – all in aid of charity. 13:00hrs

22 December
Get in the swing with the Christmas Golf Tournament at La Reserva Club, an event that’s sure to prepare you for the up-coming festive day. More details from the club

25 December
If you aren’t in the mood for cooking, there’s always the popular Christmas Lunch at La Reserva Club. Make your reservation now so you don’t miss it.

29 December
The final putt – say farewell to 2018 by taking part in a golf tournament that will bring in the new year with a swing. Another great get-together organised by La Reserva Club.

1 January
Just when you thought it was all over, how’s the head? There’s always the delicious New Year’s brunch to soak it all up at La Reserva Club, 11:00 hrs. Happy New Year!