It is with great sadness that we find ourselves writing of the passing of Miguel. He passed away on the 17th November after a short but brave fight against cancer at the age of just 68.

Miguel and his wife Amparo joined us in the Holmes Group, when together we set up “Holmes Property Sales S.L.” as a specialist property sales company, in 1985 and we were then partners for the following 26 years until Miguel retired from Holmes at the end of 2011.

We first met Miguel back in 1978 when along with some friends from the UK we bought a Casas Cortijo apartment. As a result of this purchase we soon decided that we wished to set up a management company to look after and rent the apartments in the Casas Cortijo complex to complement our travel business in the UK by selling golf holidays in Sotogrande, using these apartments and Las Aves Golf Club (now Real Club de Golf Valderrama) as the accommodation. 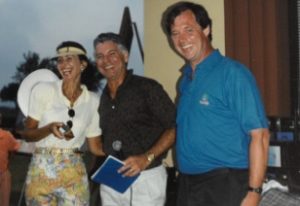 Miguel as the general manager of Financiera Sotogrande helped greatly to achieve this, by assisting in getting permission from Joseph Mimicking and then arranging for us to have the use of an office space in the clubhouse of Las Aves in 1979. We will always remember this as what can be said to be the foundation of our 40 years of life in Sotogrande.

Not only was Miguel our business partner for 26 years, during this time he regained the incredible ability for golf he had nurtured in his youth in the Philippines. Having represented the Philippines internationally with great success when young and a student he then managed to replicate that achievement, after gaining Spanish nationality, by representing Spain internationally. This was not just once but over more than 20 years from the mid amateurs through to the seniors. He did not just represent Spain but competed individually and achieved great success by gaining no less than five National mid-amateur, four national senior amateur and a European senior amateur championships. His sporting ability was not limited to golf but he was also a well-regarded sailor and used this to be one of the instigators (whilst General Manager) for setting up the first annual regattas in Sotogrande with catamarans. This can be considered as the start of sailing in Sotogrande. 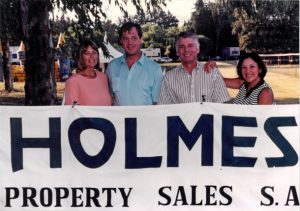 He worked hard with success at Holmes and played hard with success in sport but in addition to all this he served for nearly 25 years on the board of the “Real Club de Golf Sotogrande,” helping to ensure that the club remained one of the foremost golf clubs in the world.

Miguel will be remembered for not only the above but for being an important figure in the history of the growth of Sotogrande as well as for his charm, good humour and social grace.